Breaking News
Home / Football / Who will be the next Leicester Manager? – The Runners and Riders

Who will be the next Leicester Manager? – The Runners and Riders

With the sacking of Nigel Pearson on Monday night there is now a vacancy at the King Power Stadium, as always there’s always a long list of names some less realistic than others (Hi Curbs if you’re reading) but let’s take a look at the main runners and riders in the race to take charge of the Foxes. 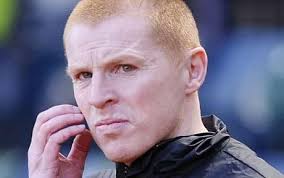 Neil Lennon – Former club legend and current Bolton Wanderers Manager, currently the bookies favourite. Not managed in the Premier League before but has taken Celtic to Scottish Glory (but then again who hasn’t?) would certainly be a step up from the lower rungs of the Championship where Bolton currently are but would the step up be too much?

Sam Allardyce – Good old Big Sam. Your loveable Footballing Uncle, Leicester could do a lot worse than get the ex West Ham Manager on board. After just beating relegation last season with their great escape, Leicester surely won’t want to go through all that again. Allardyce could be the perfect man to come in and stabilise the club as a Premier League side for the next 2/3 seasons and then depart leaving the club in a stronger position.

Steve Cotterill – Celebrated success with Bristol City in League One as they won the title. Not the most exciting of names in the frame has got a raft of lower league managerial experience but his only taste of Premier League work was his ill fitted double act with Howard Wilkinson at Sunderland in which they only won 2 of 27 matches. Not sure if he would be the right man for the job if I were a Leicester fan.

Esteban Cambiasso – This is the most surprising of the front runners. Could Cambiasso be tempted to stay on at the club in a Player-Manager role after a very impressive season at the King Power. You don’t really see Player-Managers any more, could this appointment be a throwback to the 80’s when they were all the rage. Not the most outlandish appointment but would need an experienced assistant to work along side the Argentinian.

Sean Dyche – Gravelly Sean impressed a lot of pundits and neutrals alike with his efforts trying to steer Burnley away from the drop last season. Unfortunately for Dyche a lack of goals on the field seemed to let him down, Burnley must be worried that if a Premier League vacancy like this does come available then Dyche will be one of the names in the hat, they certainly wouldn’t begrudge him a move back to the top flight after all his effort but he would certainly be missed.

Roberto Di Matteo – Recently sacked as Schalke Manager after an uninspiring Bundesliga season. His stock as a Manager is still pretty high after that 2012 Champions League win with Chelsea but will have to start producing something else soon otherwise his rating will fall, an outside bet currently at 12/1 I’m not sure if he is the right fit for a club like Leicester.

Martin O’Neill – What is they say “You should never go back” – I don’t think the current Republic of Ireland Manager will.

David Moyes – I think he’s still enjoying topping up his Glasgow complexion in San Sebastian, will want at least a full season in La Liga before he returns to the Premier League.

Guus Hiddink – Just resigned as Netherlands Manager, at 68 I don’t think he’s going to want to get back into the cut and thrust of day to day management especially in the Premier League. I would expect him to take another well payed International Manager’s job and some far flung corner of the globe.

Michael Laudrup – Recently finished coaching in Qatar and previous to that a relatively successful spell as Swansea Manager which included League Cup Final glory at Wembley. Only problem with Laudrup is that he never seems to stay in a job for too long, a good coach but I think he knows he’s a bit special and wherever he goes it always seems to cause some boardroom unrest somewhere along the way. Don’t think he’ll be the man who takes over from Nigel Pearson.

In my opinion it will be a toss up between Lennon or Allardyce. New vs Old, Club Legend vs Safe Hands. I think they should go for Allardyce if they have a sense but you could argue did they have any sense in sacking Nigel Pearson in the first place?

That’s Howe For Now At Bournemouth

Stick Or Twist For Jack Grealish

Hire Me On PeoplePerHour