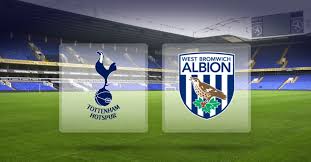 Tottenham now face a near impossible challenge if they are to win the Premier League. They may be coming for Leicester but with the gap at 8 points with just 4 games to go it is going to take a collapse of almost Kevin Keegan like proportions for the title to come to White Hart Lane.

But while it’s still mathematically possible then Mauricio Pochettino must drill into his players the notion that they can’t give up just yet and hunt down victory to at least give them a chance albeit an incredibly slight one. Their is the extra carrot Tonight that a win for Tottenham would all but secure a Top 4 finish.

That only that but a win this evening would nearly secure a runners up spot at the very least as they would be 6 points clear of both Manchester City and Arsenal with those two sides still to play each other, it’s fair to say that Champions League Football at White Hart Lane is just around the corner

This time last week they were in scintillating form as they strolled past Stoke at The Britannia Stadium in a 4-0 win which in all fairness could have been 6 or 7 by the end of the night. Spurs were red hot that night and put an abject Stoke to the sword and they will look to do more of the same to a West Brom side who are now coasting towards the end of the season.

Last time out they lost at home to Watford, a defeat which saw them slip to 15th place. With Swansea’s defeat yesterday they have actually moved up to 14th on Goal Difference but it seems as soon as they hit the 40 point marker the break has very much been applied and the season has all but finished.

The obvious story here will be whether Saido Berahino plays and whether he could throw a spanner in the works for his prospective new employers next season. The other sub plot is that Tony Pulis could do with a good end to the season if he wants to make sure he secures a new contract and still be at The Baggies helm for the 2016/17 campaign.

Spurs should have more than enough in them to win tonight to at least keep the title race alive for another week. All they can do is keep winning and act as a bit if a nuisance, but it’s a nuisance that Leicester keep swatting away. A win for Spurs but it won’t do much in the grand scheme of the title race but at least Spurs fans can look forward to the Champions League anthem at White Hart Lane next season.