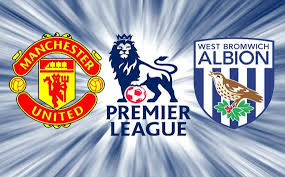 Manchester United midfielder Morgan Schneiderlin is expected to return after missing the midweek victory over CSKA Moscow through illness.

Antonio Valencia remains a doubt with a foot problem, while defender Matteo Darmian is serving a one-match ban.

West Brom have “one or two” doubts ahead of Saturday although head coach Tony Pulis wouldn’t reveal the players.

James Morrison could start after returning from injury as a substitute against Leicester last weekend.

Editor’s Note: Manchester United need goals it’s at simple as that, two league blanks in a row after 0-0 draw’s against Manchester City and Crystal Palace and if you were to take it further back it’s 3 blanks out of 4. The big question is where are these goals going to come from? Wayne Rooney for all his goals in Europe has looked nothing short of abject when playing domestically but still Louis Van Gaal perseveres with him.

With Anthony Martial being shunted out wide you could almost argue it’s a waste of his talents but unless Rooney is injured I can’t see Martial being accommodated any other way. United will look to use their midweek win over CSKA Moscow as a platform to transfer that into league success but with any Tony Pulis side that is the opposition it’s always going to be a struggle to break his sides down.

West Brom were unfortunate to be on the losing side of a 5 goal game at The Hawthorns last week and they do have goals in their side but as Tony Pulis sides go it has been a bit porous this season, will United be able to take advantage and actually find the net. I think with them being at home the Red Devils shouldn’t be too tested tomorrow and all signs would point to a relatively comfortable home win.