The SAS are set to arrive at Manchester United 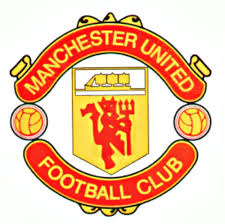 No it’s not a return for Alan Shearer and Chris Sutton but the signing of Bastian Scheweinsteiger and Morgan Schneiderlin for Manchester United. The two midfielders are set to be the 3rd and 4th signings respectively for the Red Devils this Summer.

The Midfield has obviously been signified as an area which needs to be strengthened and with these two bolstering the ranks it looks like they have certainly fulfilled that desire. Here is a look at what the starting eleven could be on the first day of the season against Tottenham at Old Trafford

This means the likes of Michael Carrick, Ander Herrera and Daley Blind will no doubt make way from the first eleven but in all honesty I would say the two signings have made a considerable improvement on the midfield unit and made the front six a pretty formidable looking outfit.

Will Angel Di Maria look more like the player that was signed from Real Madrid? – that is if he doesn’t end up signing for French champions PSG.

Do Manchester United have enough striking options now that Robin Van Persie has departed for Turkey? – Will Javier Hernandez come back into the fold this season (probably not), who else do United have in mind to supply support and competition for Rooney. Will they launch the £40m bid for Harry Kane that the papers have been talking about for the past few months

Is this the end of United’s transfer dealings this Summer – not if David De Gea does end up at Real Madrid in the next few weeks. One thing for certain is that it’s not going to be quiet at Old Trafford over the next few weeks but like all big sides they will want to get their business done early and not feel panicked into buying players late in the window. It seems as this past few days in the red half of Manchester has seen some shrewd business take place, as for the blue half and Raheem Sterling well I’ll leave that up to you to decide.

Like Loading...
Previous Manchester City look to spend a lot of Pounds Sterling on Raheem
Next Asmir Begovic moves to Chelsea Substitutes Bench