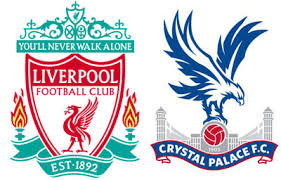 Liverpool manager Jurgen Klopp is expected to recall key players such as Philippe Coutinho, Martin Skrtel and Lucas, who were rested in midweek.

Jordan Henderson is edging closer to a return from a foot injury but is still weeks away from being in contention.

Crystal Palace defender Pape Souare may play after recovering from injury, but the game probably comes too early for Connor Wickham and Marouane Chamakh.

Dwight Gayle has a hamstring problem and faces a late fitness test.

Lee Chung-yong is struggling with a foot injury and is expected to miss out.

Editor’s Note: Liverpool will have short preparation time for the visit of Crystal Palace this Afternoon after their Europa League victory on Thursday away at Rubin Kazan but Jurgen Klopp won’t be looking to use that as an excuse as he looks to continue his unbeaten run since taking over the Anfield hotseat.

His Liverpool side who took the scalp of Chelsea last Saturday are slowly but surely getting their season moving in the right direction but know they can’t rest on the laurels of last week’s performance and will need to keep winning to make sure the Top 4 don’t pull away. They go up against a Crystal Palace side who haven’t won in their last 3 league games but in the last 3 encounters have managed to score 3 goals past them.

Last week the question for Liverpool was where are the goals going to come from, well that question was emphatically answered by Philippe Coutinho and he’ll no doubt be looking for more of the same today especially after being rested in Midweek. Goals have been a bit of an issue at Palace also as they have registered only 1 in their last 3 games although they were considered unlucky not to get more out of the game against Manchester United last Saturday.

I think even though Liverpool didn’t return until 4am Friday Morning, they should still have enough in the tank to get the best of Crystal Palace this afternoon. A home win for me.