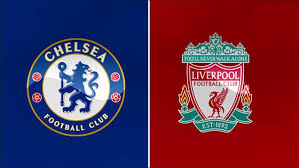 Chelsea’s Diego Costa hurt his ribs in midweek but the striker could play if the injury proves to be bruising rather than a fracture.

Pedro will be monitored after returning to training, while Nemanja Matic is back from a ban, but Branislav Ivanovic and Thibaut Courtois remain out.

Liverpool hope Christian Benteke will be available despite a knee problem.

Kolo Toure may miss out with a hamstring injury but James Milner returns from a one-match suspension.

Editor’s Note: The pressure is heaped on Jose Mourinho with some sources saying that defeat at Stamford Bridge tomorrow will mean the end of his second reign at the club. Simply put it’s a game he can’t afford to lose but in all honesty I don’t think he will. The reason being that Liverpool might not have the firepower to kill him off.

Jurgen Klopp is still looking for his first win in the Premier League and where sweeter than Stamford Bridge and taking the possible scalp of Jose Mourinho. Then again Chelsea’s crisis isn’t really his problem as he looks to ignite a Liverpool side who has struggled to get out of second gear so far this season.

I think the game will end in a draw simply because Jose Mourinho has to much riding on it, so don’t expect fireworks as it will be a game where Chelsea make sure they don’t lose whereas Liverpool will ask themselves where will the goals come from?

If Chelsea were to lose tomorrow lunchtime then the fallout from this is going to be very very interesting.

Like Loading...
Previous Jose given the boot by Roman….
Next Crystal Palace vs Manchester United – Match Preview