1. Liverpool travel to Hull to try and keep their slim hopes of Champions League qualification alive If the Reds do win they can cut the gap to Manchester United down to 4 points, anything less than a win and that will all but mean Europa League Football for the Merseysiders next season. Hull who won 2-0 against Crystal Palace at the Weekend will be looking to continue this momentum as they look to pull clear of the drop zone. The slight concern must be their fixtures between now and the end of the season and where the points will actually come from. 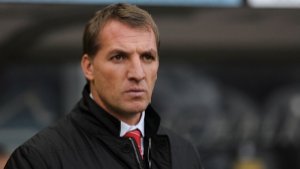 2. Barcelona entertain Getafe at the Nou Camp and will again look to increase their lead at the top of La Liga to 5 points. Anything less than a win will surely see Real Madrid take back top spot the follow night. With only a handful of fixtures left for either side they both know that they can afford no slips up between now and the end of the season. Jordi Alba is out through suspension due to getting sent off in the Catalan Derby at the weekend, but Getafe shouldn’t cause many if any problems tonight. The bookmakers certainly don’t think so with so prices being quoted as 1/20, so expect more of the same from Messi, Neymar and Suarez

3. The Basque Derby takes place in Bilbao tonight. Apart from the obvious local pride at steak there’s not a great deal to play for either side. Athletic who are currently outside the European places in 8th will still feel they can snatch a Europa League place whereas David Moyes has pretty much reached his minimum objective of safety when taking over as Real Soceidad Manager. The pressue maybe slightly more on Moyes as his job for next season isn’t particularly guaranteed but a win in Bilbao would go someway to rubber stamping another season at The Anoeta. 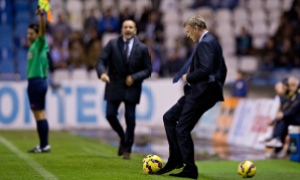 4. Rotherham take on Reading in The Championship which could have big ramifications in the battle against relegation. A win for Rotherham at home would see both Wigan and Millwall relegated, while a draw would see Wigan falling back to League One. Defeat for Rotherham means it will be two teams out of three battling to stay up on Saturday Lunchtime, there must be extra pressure on Steve Evans’ men after they were pretty much safe from the drop but the 3 points deducted for an illegible player has dragged them into a relegation fight. Will they have enough to keep them on the right side of the dotted line?

5. Bayern Munich take on Borussia Dortmund in the German Cup Semi-Final. Bayern who won their 25th Bundesliga title at the weekend will be looking to dispose of Dortmund and move one step closer to the 2nd leg of a treble. Dortmund will be looking to get one last piece of silverware for their outgoing manager Jurgen Klopp. Bayern will go into the game as favourites but Dortmund and I expect a few neutrals would love to get one over their perennial rivals. 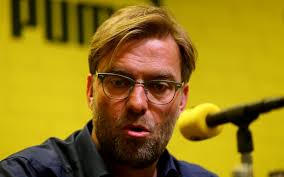 So quite a lot going on tonight in home and abroad. Hope you have a good nights Football viewing.